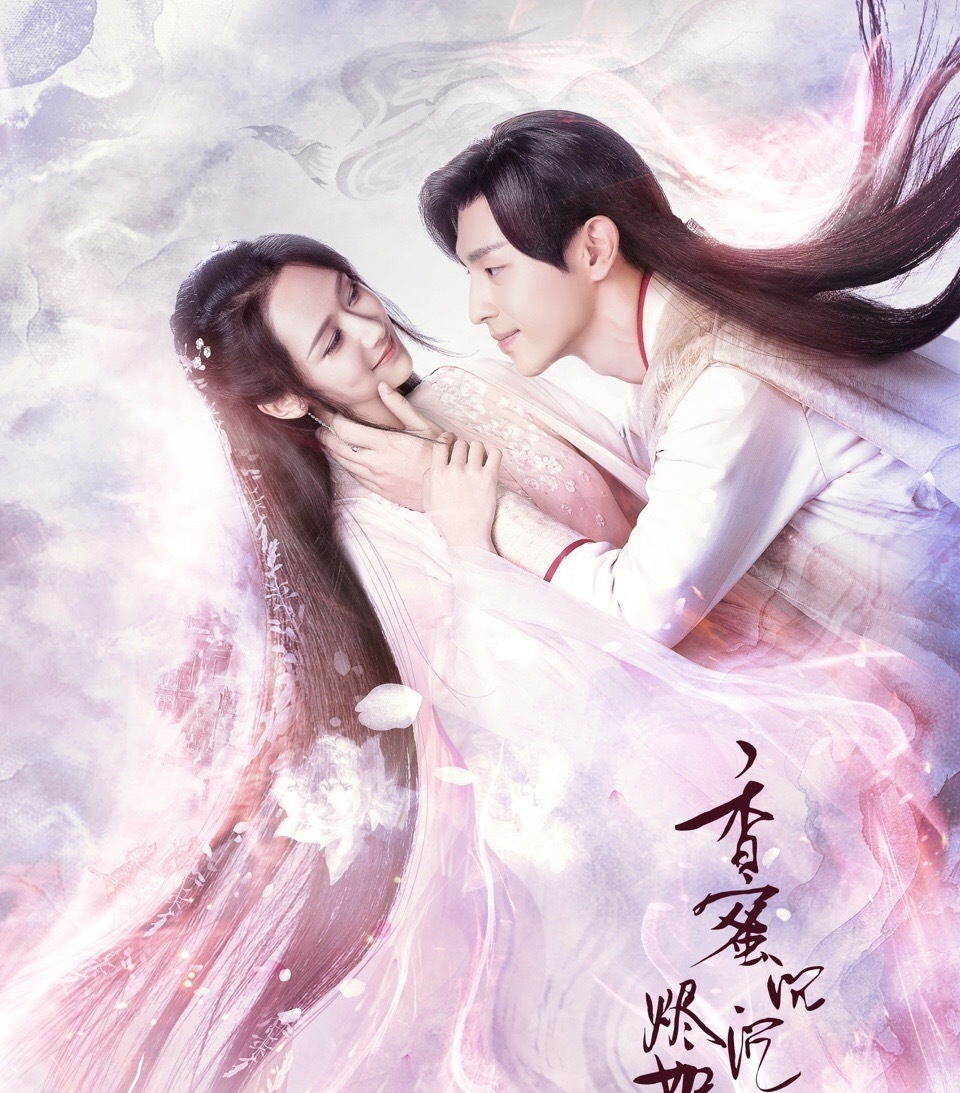 “Ashes of Love” is a 2018 fairy-tale Chinese drama; it is based on the novel “Heavy Sweetness, Ash-Like Frost” and tells the story of the undying love between two immortals. 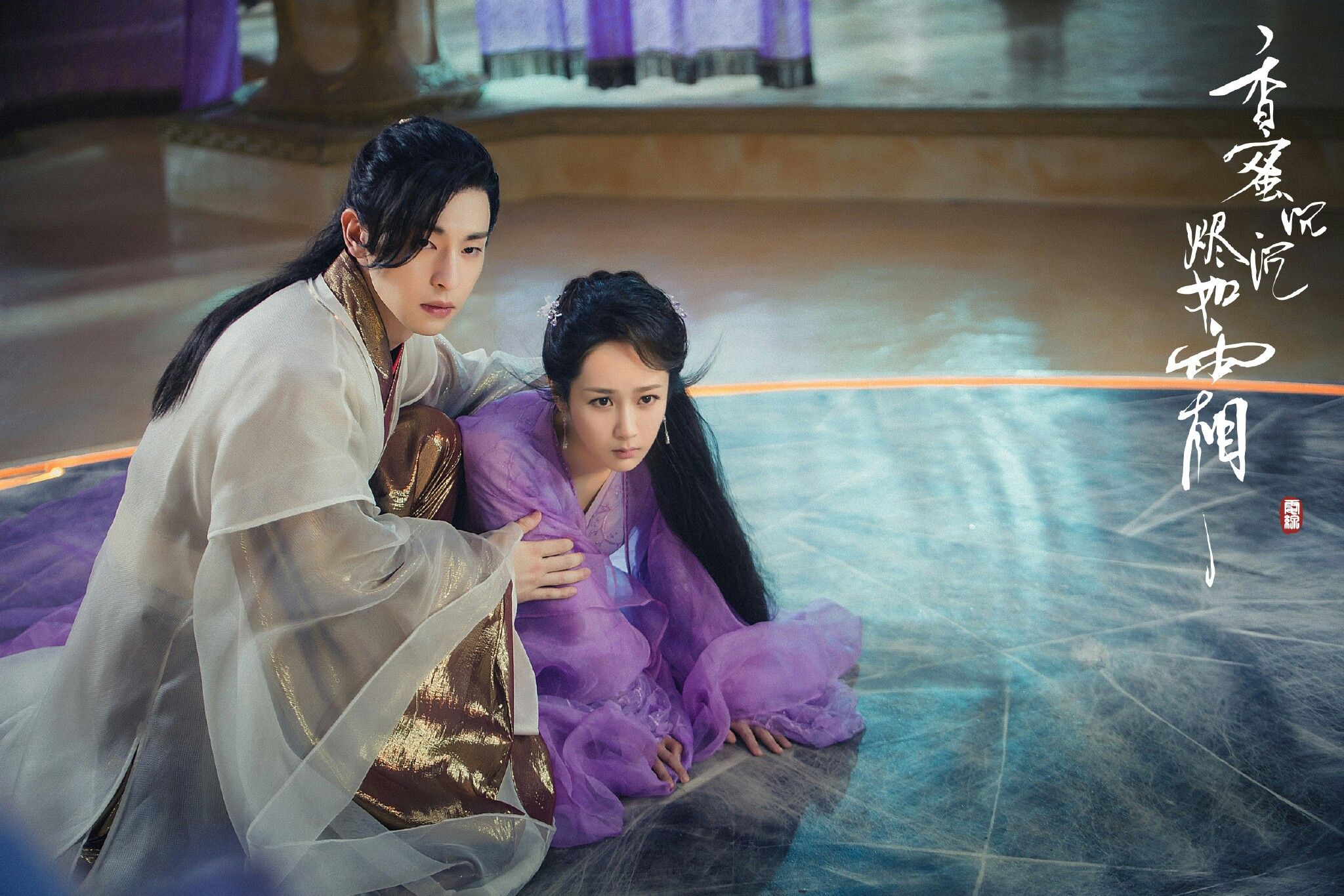 The action takes place in the prehistorical era, in a time when the six realms were reigning independently in harmony. The realms featured in this drama are: celestial realm, floral, demon and human realm. Although the members of the first three realms enjoy immortality, who rules supreme on all six realms is the implacable god of Fate.

Premise of the Story 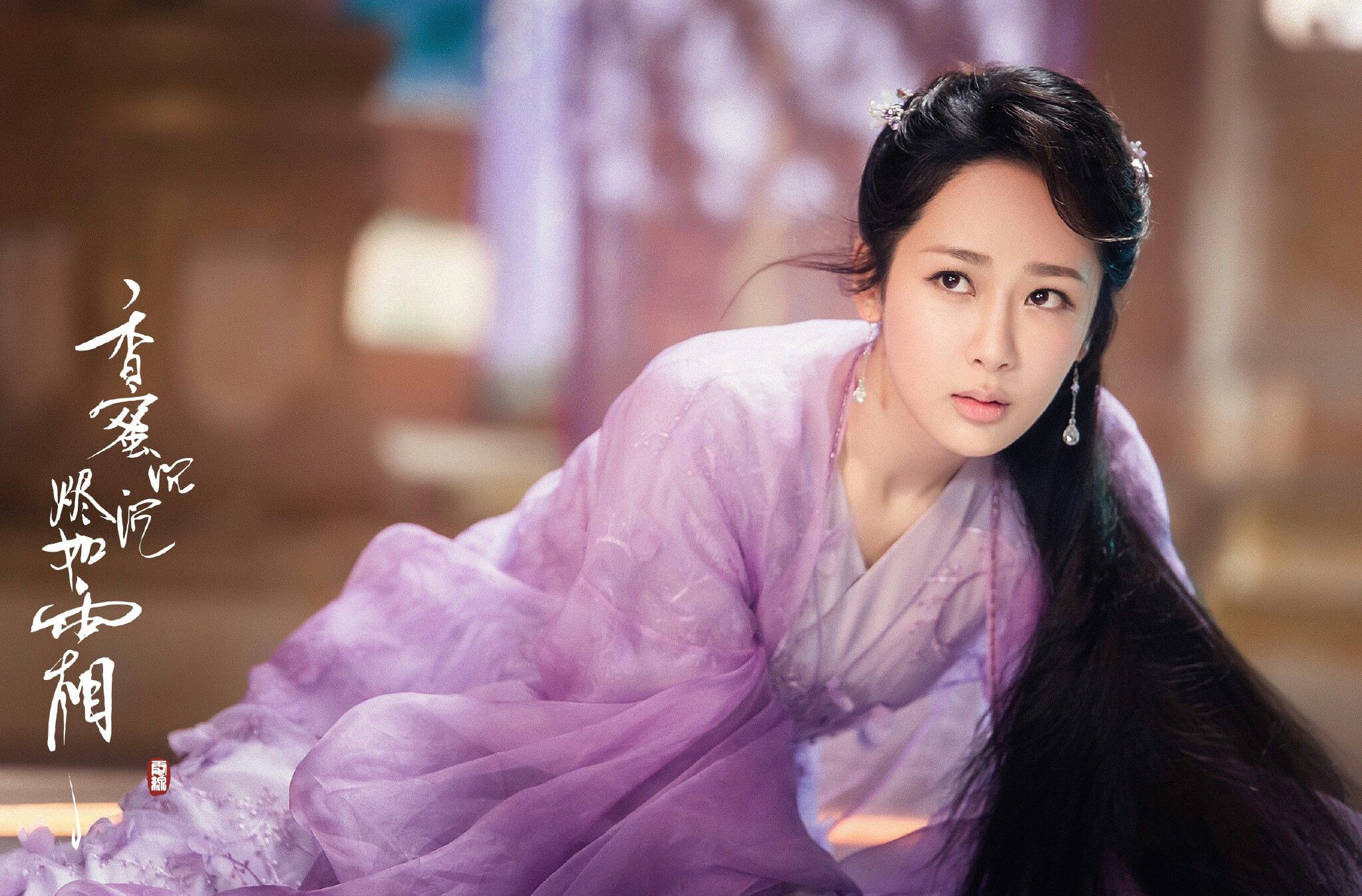 The Floral Fairy (the ruler of the Floral Realm) is severely injured and has little time to live as she gives birth to her child. Knowing that her daughter is fated to experience great tribulations due to the fate of a tragic love within the next 10.000 years, she feeds the newborn the Unfeeling Pill. The magic pill has the power to keep her daughter, Jin Mi, from experiencing anything beyond friendship, in an attempt to cheat Fate.

Before she dies, the Fairy orders everyone in the realm to keep Jin Mi’s birth a secret. She establishes a magical barrier designed to not let her daughter have any contact with the outside world and seals her true nature with a spell. However, 4000 years later, the barrier is breached by mistake by the Fire Immortal, the second son of the Celestial King. Gravely wounded (as a result of an attack) he is saved and taken care of by Jin Mi. As a reward for her kind gesture and unaware of her true identity, Fire Immortal agrees to free her from her prison. He takes her to the Celestial realm where she becomes his reading assistant.

It follows a sweet, yet tragic love-story that will have to go through the trials of life and death in order to be purified. This is not a sappy love story. It is well written and it comes with as much action as romance. I think that if it weren’t for the language barrier, dramas like this one would be critically acclaimed worldwide and would receive international awards. Here is a Trailer, together with the ending theme “Upwards to the Moon“.

Jin Mi is the naive and innocent daughter of the former ruler of the Floral Realm. For 4000 years she lived disguised as a boy; she has no concept of love, evil or of the difference between men and women. Her reading of the reality she comes in contact with for the first time is very endearing and it adds an element of comedic relief to the story every time we have access to her thought process. Jin Mi’s arch story follows the coming-of-age pattern. Through pain and suffering she grows from a carefree young lady to a mature, strong and wise woman, willing to sacrifice herself to make amends for past mistakes.

Fire Immortal/Phoenix is the second son of the Celestial King and the only legitimate heir to the throne. He is a valiant warrior and one of the most powerful beings in the realm, despite his young age. He falls deeply in love with the endearing, yet unfeeling Jin Mi. Fire Immortal is, without a doubt, the most positive character in this drama. He is slightly arrogant, but he is understanding and forgiving to a fault. He forgives time and time again, even those closest to him who caused his downfall; not because he is a push-over, but rather due to his loving and magnanimous nature. He is such a positive hero, even as he hits rock-bottom, while his world turns to ashes.

Night Immortal is the eldest and illegitimate son of the Celestial King; thus, he does not have a legitimate claim to the throne. He is very close to Fire Immortal. Despite their parents, the two half-brothers share a strong bond. Their relationship, however, is put to a test when Night Immortal decides to pursue Jin Mi. Things take a turn for the worse when he sets to take revenge on the Fire Immortal’s mother, the Empress. In my opinion Night Immortal’s character is one of the best written in the drama. His psychological journey (from the mild mannered celestial prince, to the vengeful and ambitious tyrant) is very well written and portrayed. And although the viewers cannot condone his actions, they can, however, relate to his pain and anger. 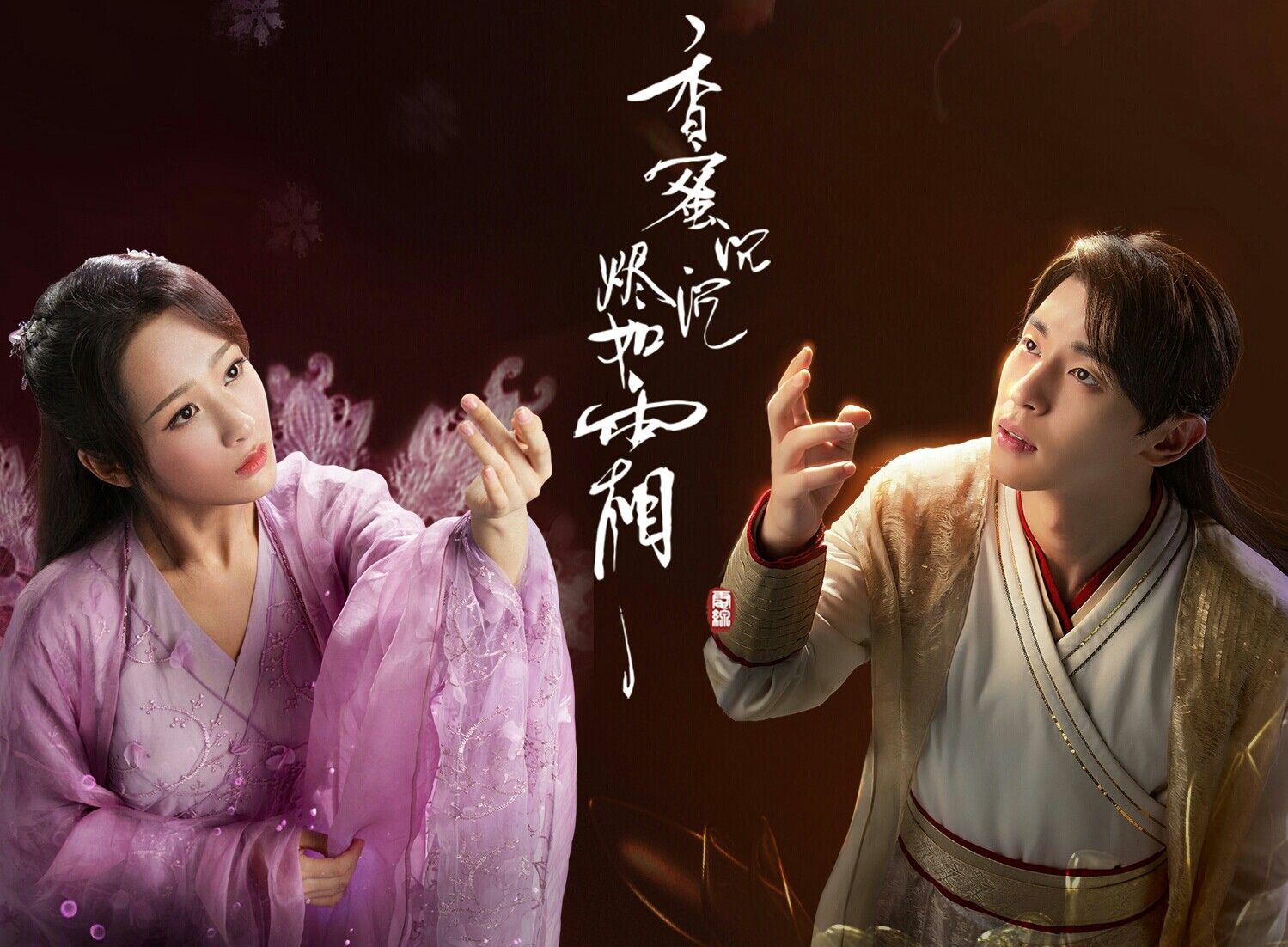 “Ashes of Love”, without a doubt, falls into the category of classic fairy-tales, despite being based on a recently written novel. It has all the required elements: the battle between good and evil, an incumbent tragic fate and the attempt to avert it (but by doing so, it only helps fulfill it), the forging and purification of the heroes through pain and suffering, the need for a sacrifice in order to restore balance to the world and the presence of a hero willing to do so.

The intense and tragic love-story of “Ashes of Love” has a very strong appeal. The attempt of the Floral Fairy to cheat Fate (by feeding her daughter the Unfeeling Pill) sets in motion a series of events that would ultimately lead to the fulfilling of the implacable Fate; thus, Jin Mi will eventually go through her love trial. In Chinese folklore, a love trial is a heartbreaking and tragic love-story and is considered the most appropriate and painful path to purify oneself from past sins. Although she has no recollection of it, in her past life Jin Mi was a soul-demiser who caused the death of many. As a consequence, she will have to experience the most painful experience of all: fall deeply in love and cause the death of the one she loves.

One of the underlying messages of the dramas seem to be that no evil goes unpunished and justice needs to be served even in the afterlife.  One of the questions that I still ponder over is: ok, Jin Mi had to go through the love-trial in order to redeem herself, but what did Fire Immortal ever do to deserve to go through the same trial as Jin Mi and endure even more pain than her? This is still a mystery to me. Will love be able to defy death and Fate and rise from its own ashes like the Phoenix?

I enjoyed watching “Ashes of Love” much more than I expected I would. It is one of the best Chinese fantasy dramas in recent years. In my opinion it surpasses “Ten Miles of Peach Blossoms” (considered by most the best of the genre) in both story and cinematography. The latter has the advantage of having a much more experienced cast; but to me, “Ashes of Love” has a fresher feel to it and the fairy-tale elements are a lot stronger; above all, it has a story that made me giggle, laugh, sigh and sob from heartbreak over and over again.

I probably gave away more details that I originally intended, so I will add another mild spoiler by saying that the story has a happy ending, but it will take you from the heights of joy to the pits of sorrow and back again in the process. “Ashes of Love” will transport you into a world of magical beings, fairies, spells and bounded destinies; it will tell you a beautiful story about love, friendship, ambition, betrayal, loyalty and self-sacrifice. I recommend it wholeheartedly.

I first saw Deng Lun (Fire Imortal/Phoenix) in “Princess Agents” and I became instantly a fan of his acting. In this drama he is amazing in the role of the tortured hero; moreover, he has great chemistry with the veteran actress Yang Zi (Jin Mi), who has my full admiration. She portrays very convincingly her character in different stages of the story: naïve, innocent, independent, self-reliant, repentant, torn between love and duty etc. A special mention goes to Luo Yunxi (Night Immortal) who played admirably the most complex character of the entire drama. I have never noticed him before, but now he gained a new fan and has my full attention.

One of the most recurrently criticized aspects of a Chinese fantasy dramas is the low quality CGI and the resulting cringe-worthy cinematography. And although “Ashes of Love” did not reach the perfection, it surely surpassed the previous contenders to the title. I still remember the painful-to-watch CGI scenes from “Journey of Flower” a few years back. The story was beautifully written, but it felt as if the director hired a high-schooler and put him in charge of graphics and special effects.

One of the reasons the cinematography of “Ashes of Love” is so amazing is due to the fact that the drama had a big budget. Only 30% of the sets were CGI; the rest of 70% were real sets, built specifically for this drama. The sets covered an area over 100.000 square meters and the actors had over 3000 pieces of costumes at their disposal.

If (in the beginning) the story is not enough to catch your attention (although it is hard to imagine), the cinematography alone might be a good enough reason for you to continue watching this drama until you catch up with the story. 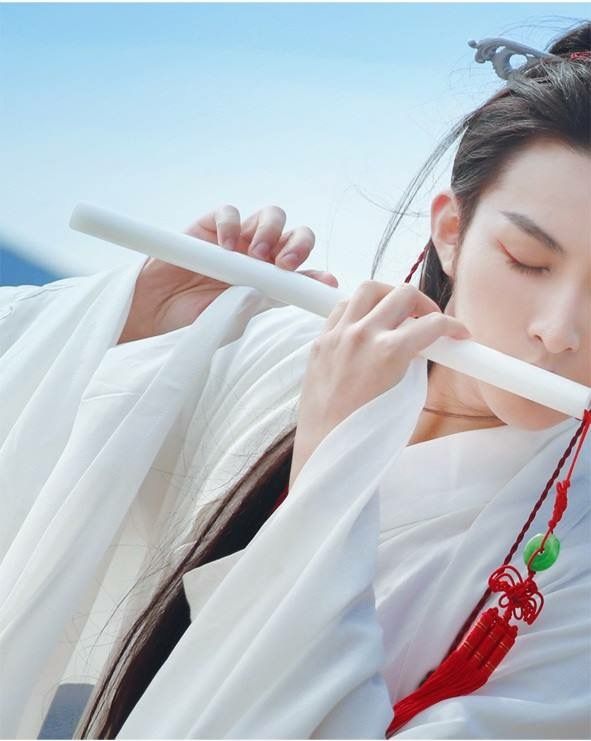 The music was composed by Sa Dingding, one of the most renowned current Chinese artists in the West. In 2008 she won the BBC Radio 3 Award for World Music. She is singing the ending theme “Upwards to the Moon”, which is my favorite track of this drama (link above). Some of the tracks composed by Sa Dingding were interpreted by the two main actors. Here is the link for the track “Frost Love“ interpreted by the main actress, Yang Zi. Make sure to turn on the captions to enjoy the lyrics.

The only shortcomings I would list deal with generics mostly:

Although I consider myself a veteran in Korean-drama watching, I am fairly new to the Chinese drama by comparison. I first watched a Chinese Drama in 2014 (Perfect Couple). Despite liking the story, I was put-off by the poor directing, sloppy plot-line and ridiculous cinematography. I gave it a try again with two other dramas, but I had a similar experience; thus I became reluctant in checking out other Chinese dramas. But last year I stumbled onto “Princess Agents” and “Ten Miles of Peach Blossom”. I realized I was missing out! Since then I have been in a Chinese-drama-hunting mode. 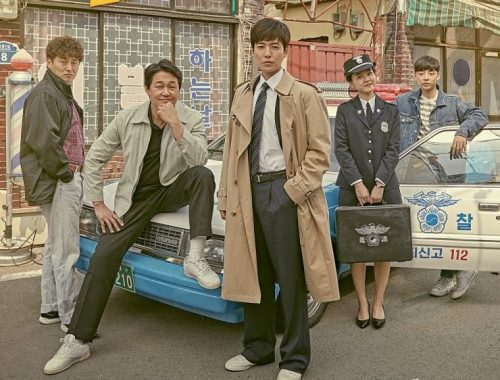